On this day, in 1754. Charles Maurice de Talleyrand-Périgord was born.

Wikipedia doesn't give us the blazon on this file, but on another one we have 'de gueules aux trois lionceaux d'or armés, lampassés et couronnés d'azur'

A blazon of the full achievement in english is probably the following:

Arms: Gules, three lions Or armed, langued and crowned Azure
Crest: a princely coronet proper
Supporters: Two keys royally crowned in saltire under the collar of the Order of the Golden Fleece
Others: a canopy Azure bordered with fleur-de-lys Or, doubled Ermine, princely crowned

Anybody has a clue about blasoning those keys? 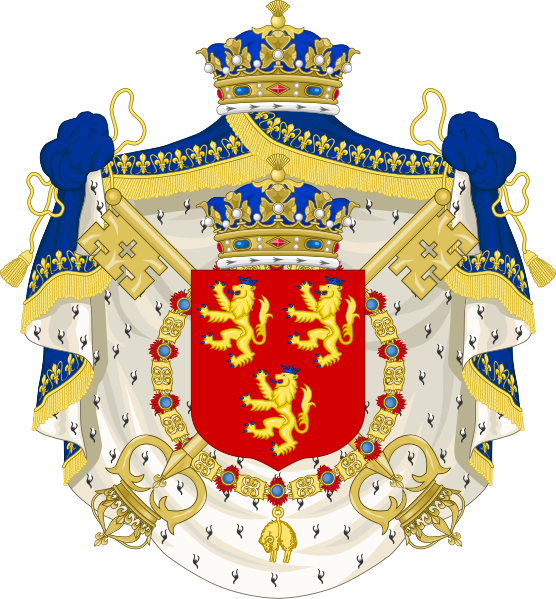