Recently, the Lyon Court posted those beautiful arms of the Earl of Lauderdale on Twitter. He is the hereditary clan chief of Maitland.

The Scottish saltire is heavily regulated by the Lord Lyon. The reason why it is part of his arms is because he also is the Bearer of the National Flag of Scotland - which I had no idea was a thing before now.

Pop quiz! Do you recognize the emblem in canton (and also pendant from the shield)? 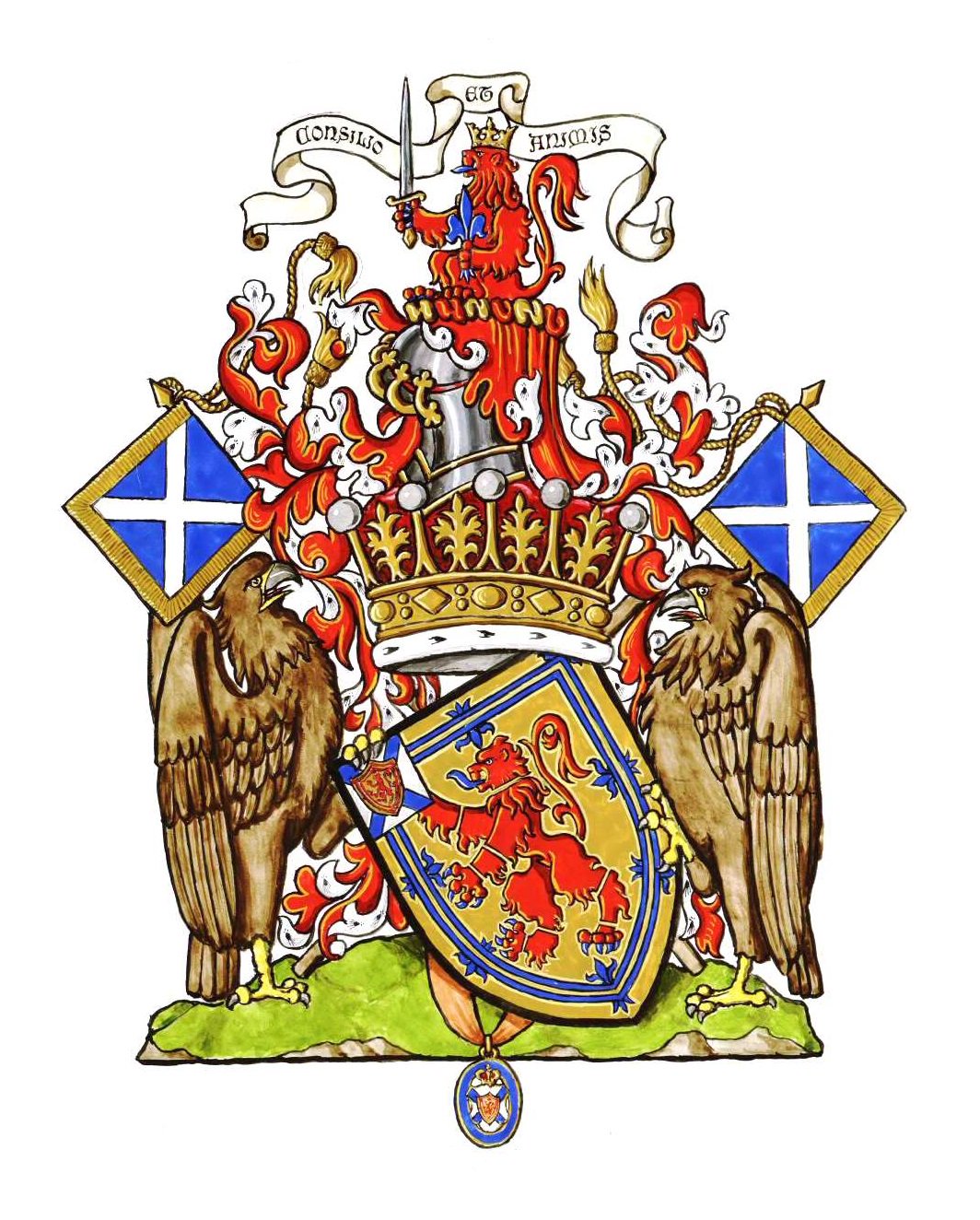