In solidarity with the people of Berlin, who saw 9 people killed today in a market (at the time of writing)

The arms of Berlin: Argent, a bear rampant Sable langued and armed Gules.
The coronet is special. It is the merger of the civic coronet with the People's crown 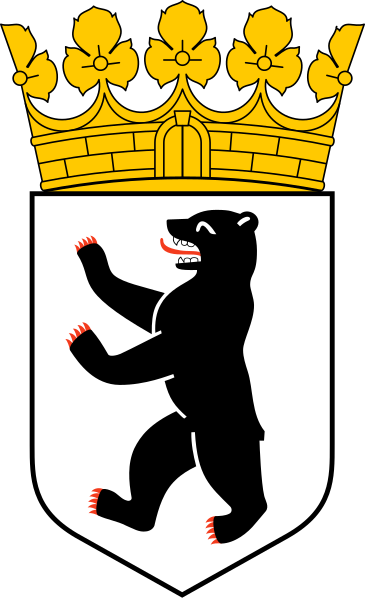