Gules on a Canadian pale Argent....

Gules on a Canadian pale Argent a maple leaf of the first.


Today is Flag Day in #canada . It was proclaimed in January 1965, but was first flown on Feb 15 1965 at an official ceremony at Parliament. 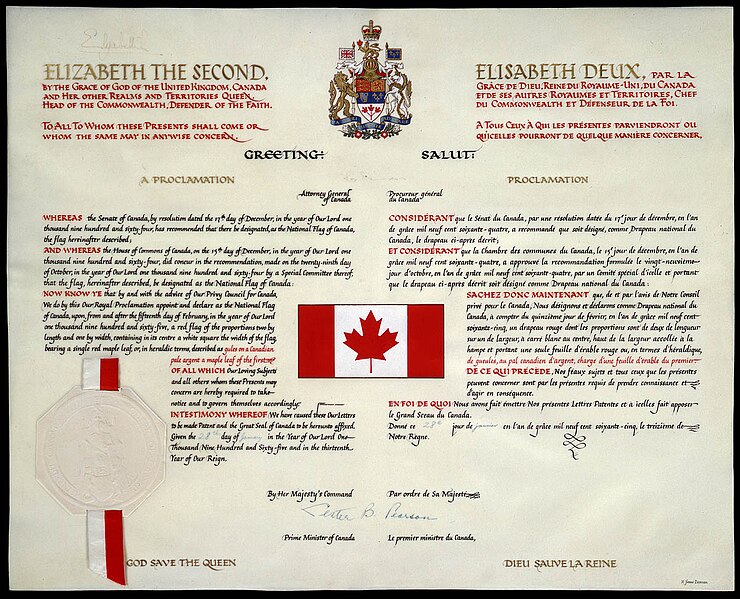