Yesterday was the birthday of the....

Yesterday was the birthday of the College of Arms.

Blazon: Argent, a cross Gules (Cross of St. George) between four doves, the dexter wing of each expanded and inverted Azure; for a crest on a ducal coronet Or, a dove rising Azure; Two lions rampant guardant argent, ducally gorged or; for a motto DILIGENT AND SECRET.

This is the only institution that I know of that is allowed to use a coronet of rank (not counting the many uses of the Royal Crown).

File:Coat of Arms of the College of Arms.svg - Wikimedia Commons 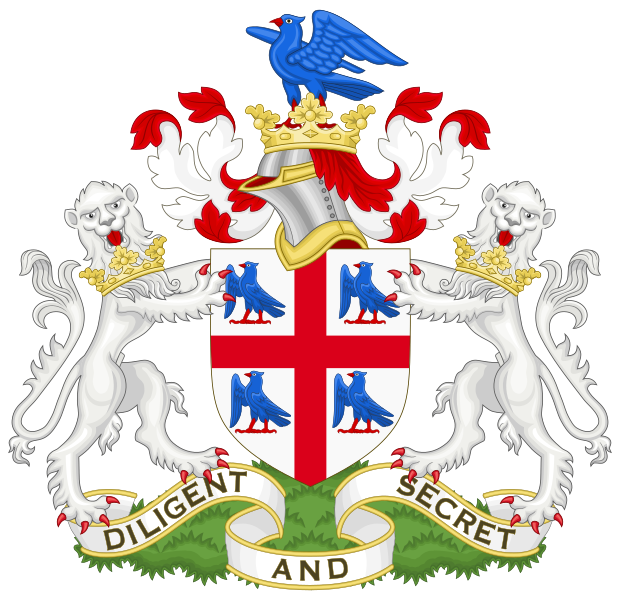