The arms of HRH Prince Philip,....

The arms of HRH Prince Philip, Duke of Edinburgh. He got in the news yesterday for announcing his retirement later this year. Which makes sense, as he's 30 years beyond the typical retirement age...

Crest
Issuant from a ducal coronet Or, a plume of five ostrich feathers alternately Sable and Argent;

Supporters
Dexter, a representation of Hercules girt about the loins with a lion skin, crowned with a chaplet of oak leaves, holding in the dexter hand a club Proper (from the Danish and Greek royal coat of arms); sinister, a lion queue fourchée ducally crowned Or and gorged with a naval coronet Azure;

Motto
GOD IS MY HELP

File:Coat of Arms of Philip, Duke of Edinburgh.svg - Wikimedia Commons 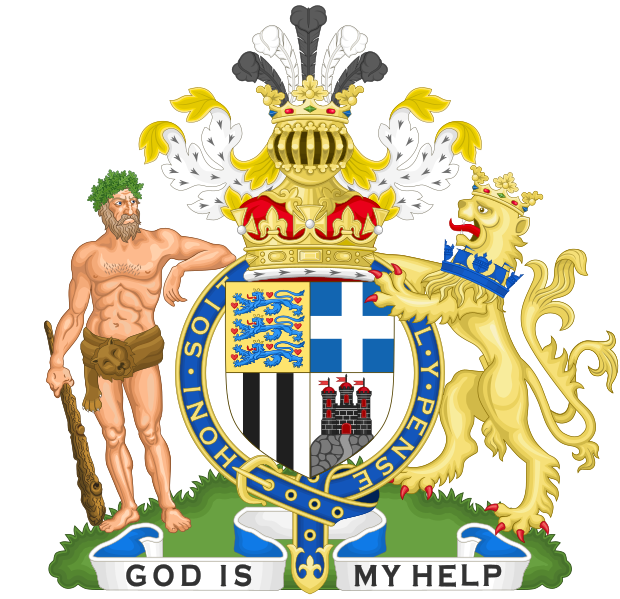